Does Your Dog Have a Microchip?

Does your dog have a microchip? If not, it may be a good idea to get one implanted into your dog. Microchips are implanted by using a needle and feels like a typical injection. The microchips are about the size of a grain of rice.

The most recent “lost dog” story had a happy ending when the shelter who found the dog was able to scan his microchip. Apollo, a St. Bernard/Great Pyrenees mix, was found astray in Swansea, Massachusetts. Okay, you may think, it’s not uncommon for dogs to get lost. But, Apollo was originally from Florida! How Apollo traveled over 1,100 miles away from his home is still a mystery. The owner doesn’t believe he could have walked on his own as he is an older dog. 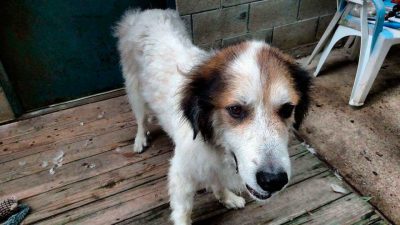 The animal control officer in Swansea thankfully thought to scan Apollo for a microchip. A dog’s microchip contains identification numbers. When the microchip is scanned, the identification numbers come up which then can be linked to the microchip registry. The registry contains contact information of the dog owners. Apollo’s owner was contacted down in Florida and she was shocked! She wasn’t shocked at the fact that Apollo was alive, she was shocked by his location. If Apollo didn’t have a microchip he wouldn’t have been reunited with his owner.

Why Does My Dog Spin in Circles?

Have you heard about our custom painted dog figurines? They are such a hit! Customers browse on our website, pick... read more

Hiking Checklist Essentials When Camping with your Dog

Last week we covered all the first aid and safety essentials you should have when you are camping with your... read more

How to Transport a Dog or a Newly Adopted Dog? There are thousands of dogs all over the country who are... read more

As we have all heard by now, Hurricane Harvey took a disastrous toll on Texas, specifically the Houston area. Families... read more

If you ask mom want she really wants for Mother's day, she'd probably tell you a day off! A day... read more

One of our favorite pups just celebrated his birthday! Sir Ferguson is the most loving, playful, intelligent miniature Labradoodle we've... read more

How to Potty Train Your Dog to Go Outside

Have you ever tried training your dog by using bells? This method is referred to as bell training. The main... read more