A cake maker contacted us because she was making a cake for a bride and groom and they wanted to include their dog on their special day. They wanted a dog cake topper on top of their wedding cake and they came to the right place because we carry dog figurines that work perfectly as toppers!

The cake maker sent us several photos of the bride and groom’s dog. Their dog is a mixed breed, so they were having difficulty picking out a figurine that looked just like their dog. They sent us the photos and we were able to send them a list of breeds that we thought the dog looked most like. We suggested an Australian Cattle Dog or a German Shepherd. The bride and groom chose the Australian Cattle Dog, because they thought that it looked most like their mixed breed dog. They knew that they had to choose a figurine that looked closest to their dog, and we would go on to paint the figurine so it would exactly resemble their dog. 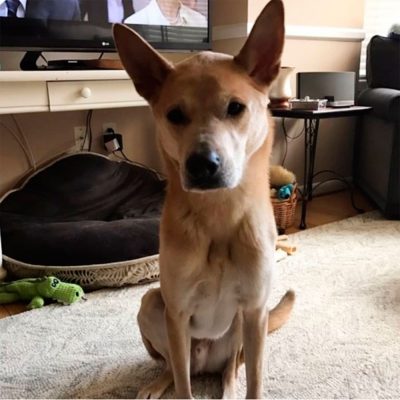 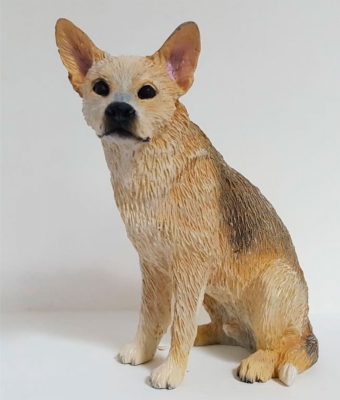 The groom and the groomsmen wore teal-colored bow ties, so the cake maker found a bow, painted it teal to match the rest of the wedding party, and attached it to the figurine. Their dog was officially a part of their wedding day! The cake maker also placed an adorable, handmade sign next to the dog that said: “my humans just got married!” She made the sign out of some card-stock and a Popsicle stick, which allowed her to stick it into the top of the cake, alongside the figurine and some greenery that matched the theme of the wedding. 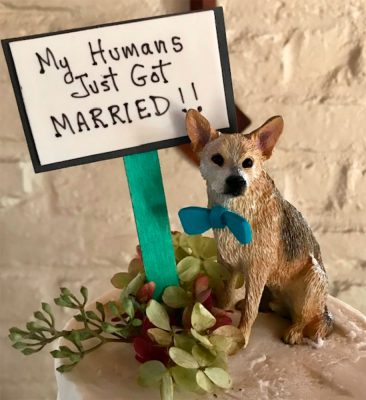 Weddings can be timely, expensive, and tiring, but finding the right cake topper doesn’t have to be. Just follow the 4 steps in the image below, Shop all of our dog figurines, and check your cake topper off your wedding “to do” list today! 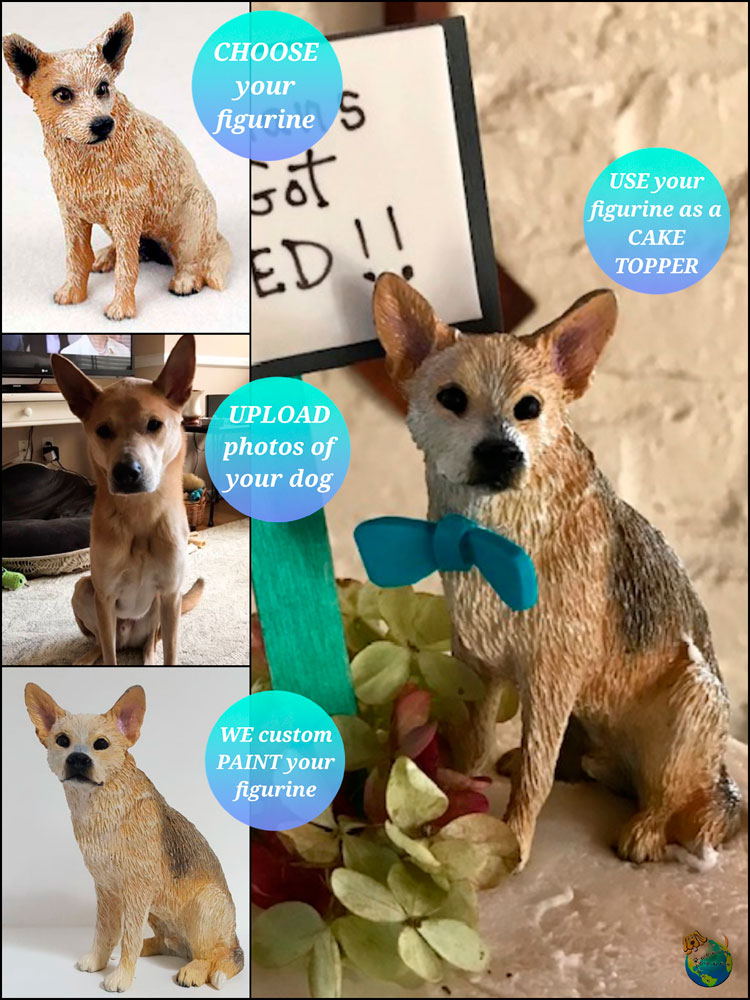 The dog gifts industry is a world of combinations. There are so many breeds, colors, coat styles, and ear/tail configurations.... read more

We love custom painting figurines for our customers. We find it exciting because each dog is totally different from the... read more

We absolutely love when customers send us photos of their dogs and pictures of them loving their purchase from us.... read more

Weddings are all about love and themes! From the bridesmaid dresses to the table centerpieces, everyone and everything must be... read more

Many details go into a wedding. A lot of times you have to make list upon list to ensure you... read more

Order Your Custom Painted Dog Figurine By Uploading Your Photos

We love nothing nothing more than when customers send us photos of unique displays or projects that they have done... read more

Have you heard about our custom painted dog figurines? They are such a hit! Customers browse on our website, pick... read more

Great Danes have such unique markings and color patterns. Their most common color is fawn, which is a light tan... read more