How Dogs and People are Alike

A Story About a German Shepherd, Golden Retriever, & What they Taught a 7 Year Old My first memory of a Golden Retriever is from when I was about 7 years old. My uncle, who often moved from city to city, was in town visiting for a while so he brought his dog. He named his Golden Retriever Seger, after the singer Bob Seger. When I was little I had no idea who Bob Seger was but I knew I [...]

There are two types of weekend people: weekend warriors and weekend wanderers. Warriors like to be busy, get things done, and catch up on this and that. Wanderers like to relax and figure out their plans based on what they are feeling each day. They like to see where the weekend takes them. We are weekend wanderers. What kind of weekender are you? While wandering around last weekend, we found ourselves at a local Starbucks. To our delight, we saw [...]

We have some exciting news at Dog Lover Store! South Coast Today, a division of The Standard Times newspaper located in New Bedford MA has reached out to us at Dog Lover Store and asked us if they could write an article about our business. The Standard Times covers news for the south coast region. They have been covering news for the south coast region since 1934. Kimberly and I had a phone interview with the contributing writer of [...]

What is one thing you can count on seeing at holiday parties other than green and red? The answer more often than not is spirits. Beverages like mixed drinks, wine, and beer. Do you know a wine lover that also loves his/her dog? Wouldn’t it be nice to pair a gift with these holiday beverages for a dog lover you know? We have added new dog wine bottle stoppers to our inventory! They are handmade and hand painted in [...] 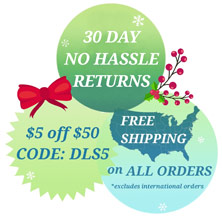 We offer over 212 dog figurines, coat styles, and colors. Not only do we have 212+ breeds, we offer custom painted dog figurines and angels. Upload your photo(s) on the product page and our artists will use the images to create your custom dog figurine. Check out our Dog Figurines